The Joshua 1:9 Freedom Run gives all Christians an opportunity to show their concern and support to fellow believers. It’s not just about religious freedom and the fight against terrorists. It’s also a human rights issue, and it requires action on our part for any chance of change. We chose some of the countries that have the most extreme Islamic Extremist targeting Christians for their faith in Christ. These countries are Afghanistan, Iraq, Syria, Egypt, Nigeria, and Somalia. We also want to support Israel and Palestine. Where much underreported terrorism exists and where Christians are under constant oppression and persecution. Someone once said, action does not always bring happiness, but there is no happiness without action. When good men do nothing, then nothing good gets done. The Joshua 1:9 Freedom Run was created to bring awareness to the plight of persecuted Christians. Our goals are to raise awareness about the oppression and persecution of Christians in the Middle East and Africa, to be an advocate for those being persecuted by Islamic extremists, to activate Christians across America to stand united with Christians who are suffering for following Christ, and to give courage and hope to our brothers and sisters who are suffering. Freedom of Religion is a cherished right for all Americans and all those who believe in freedom. More than ever we need to act and stand up and support those being persecuted for their Christian faith in the Middle East and in Africa. Especially today in northern Iraq and Syria, who are given a choice of converting to Islam, dying for their faith, or fleeing their homelands.

Joshua 1:9 “Be Strong and Courageous” 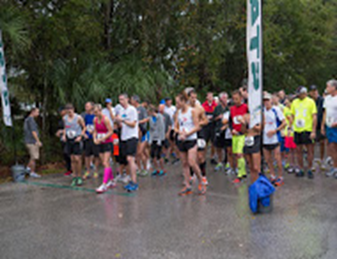