Tens of Thousands — of Christians living in Muslim nations are being prosecuted, even brutally murdered.  Some 150,000 Christians are killed for their faith each year, according to both the Catholic relief agency Aid to the Church in Need and the evangelical group Open Doors. In our world today we seem to need to have media with images to get across the message. I wish there was another way. I wish the main stream media would report on the atrocious of Christians being killed and persecuted due to Islamic Extremism. Al-Qaeda in Iraq, now called ISIL killing Christians and burning churches, Boko Harum in Nigeria, kidnapping Christian teenage girls to force them to convert to Islam to marry men 3 times their age. It’s all due to a warped and twisted view of the world without human rights and religious freedom. We need to tell their story. They want our help. We need to use the media telling real stories about real people who are being persecuted today just for believing in Jesus Christ.  We have so much.  I hope you will share your blessing with us to help produce this documentary.  I started Joshuacord in 2013 to raise awareness about the sheer inc 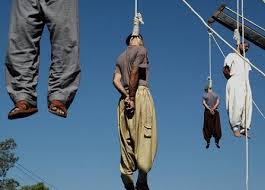 reasing number of persecuted Christians across the world.  I was shocked to see that neither the media and to a large degree even our churches, have not responded. We need to help those who are not able to help themselves, especially those who are asking for our help. We need to step up and help those who are in trouble. Christians under persecution is a crisis and my goal is to help provide hope, encouragement, and support for those going through persecution. How? By producing a documentary with real people, in real situations, suffering for their religious beliefs. I want to use this documentary to raise awareness about those who are being persecuted for their Christian faith and for any revenue produced by it goes to those who are persecuted. It’s that simple. Any revenue generated after the production of the documentary will go to those families we show in our documentary and other families who are being persecuted just for being a Christian. We identify on the documentary. We will interview individuals, families and churches who have suffered under persecution. Their stories and tragedies are real and so is there plea for all of us to help and intervene. I can’t do this without you.

More info if needed…Why do a documentary on Islamic Extremism and its Persecution against Christians?

I am not a minister far from it. Nor do I want to get preachy. I am a Husband, Father, and son of Scott / Irish Americans. I am thankful for my American heritage. Many groups throughout history have been persecuted at one time or another. Our world is getting more violent and less tolerant. The more we can help those who believe in religious tolerance the better chance we have of creating real peace it the world. I could use your help this year to build and further this mission. Our goal of this documentary is to create awareness about the persecuted church with a short video about Christians under persecution and the need for Christians who have religious freedom to help them.  The video will remind us all that everyone has human rights and religious freedom and that they both come from God and challenge Christians to get engaged by taking action to help out of love. I have always believed it is my duty to help others. “Speak up for those who cannot speak for themselves.” Proverbs 31:8

President Ronald Reagan said “Our mission extends far beyond our borders; God’s family knows no borders. In your life you face daily trials, but millions of believers in other lands face far worse. They are mocked and persecuted for the crime of loving God. To every religious dissident trapped in that cold, cruel existence, we send our love and support. Our message? You are not alone; you are not forgotten; do not lose your faith and hope because someday you, too, will be free. “We echo and want to carry on President Reagan’s mission to help those who can’t help themselves. This documentary will help us accomplish the mission Ronald Reagan believed in…and so do we.