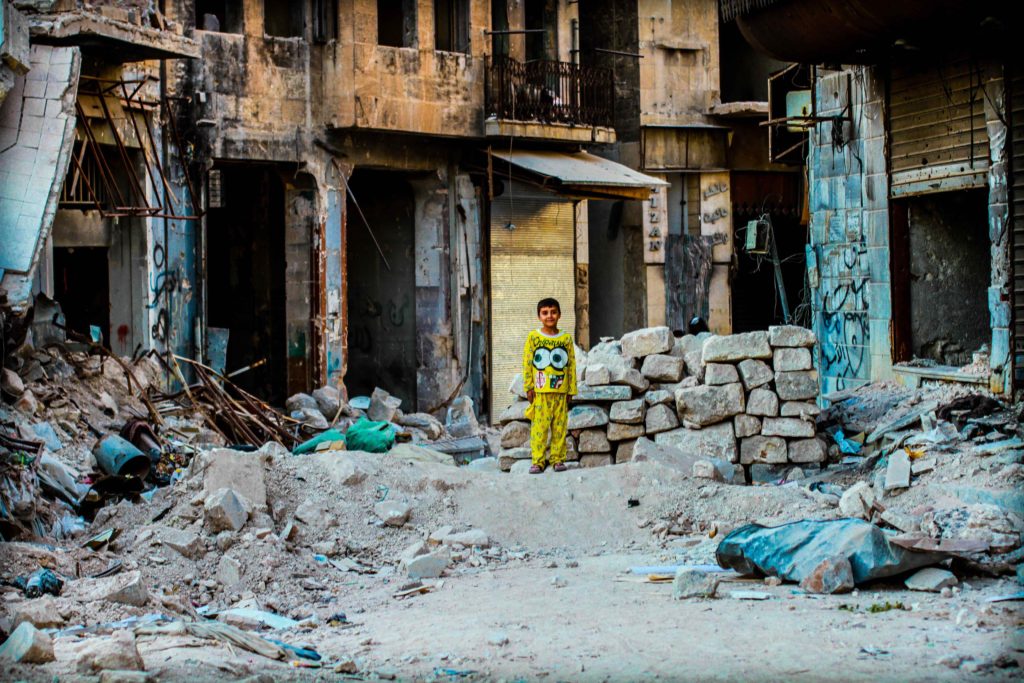 Martyrdom, suffering death because of one’s religious faith, was not confined to the early church and the Middle Ages. Statistics show an upsurge in Christian martyrdom due to widespread social, economic, and political unrest, increasing from 35,000 in 1900 to an estimated 260,000 this year. However, death is not the only trial Christians must face. The social, economic, and political chaos in many areas of the world lead to malnutrition and starvation. Those who suffer the most are single mothers, children, and the elderly who have no one to take care of them.
Most recently, food shortages in South Sudan, Nigeria, Yemen, Somalia have hit an estimated 20 million people, putting them on the brink of starvation. The situation has been described by the UN as the world’s worst humanitarian crisis since World War II.

An estimated one million people fled South Sudan due to conflict and lack of food resources, establishing informal settlements in northern Uganda. Now, although the famine declared in South Sudan has been lifted since June, there is still a great deal of hunger. There are reports that refugee camps in South Sudan are forcing Christian children to pray Muslim prayers before receiving food.
Although many displaced Christians in Nigeria find shelter with family, friends, or fellow Christians, preferably in big cities, which provide greater safety against the insurgents, some Christians must join government-run refugee camps. In the state of Borno, Christians face persecution at the hands of Muslim camp officials. Not only are most of the refugees in the camps Muslims, but also the Nigerian refugee camp-workers who are Muslims often persecute the Christian refugees. When supplies come in and the people queue up, fights break out. Christians are insulted and harassed.

As many as 3.4 million Kenyans are facing hunger as a result of prolonged drought.

Not only has Kenya’s food production been affected, but also millions of wild and domestic animals suffer the devastating effects of no rain. Nineteen counties, mostly at the Coast of northern Kenya and Rift Valley, have had inadequate rain for six years. Nearly 130,000 households and more than 600,000 cattle in Kajiado County are at risk of starvation.

People must travel long distances seeking water for livestock and domestic use. It is estimated three million Kenyans are going hungry, as both livestock and crop production decreases. Some local markets have seen livestock prices drop by 50%. Those who suffer the most are children and the elderly. Many children under five suffer from malnutrition.

Another result of the drought is the death of native vegetation. For example, at Petanguo, many residents have run out of alternative sources of food and income. Those who depend on charcoal burning have no more trees. As one resident said, “This place is quickly turning into a desert.”
Drought effects every area of a suffering family’s life. Children must drop out of school to join their parents in search of water and food for themselves and their animals. In some areas, school attendance has dropped more than 20%.

Although the government is assisting as much as possible, Kenyans are still suffering. Water is trucked to the areas with the most need, and the national government is also building a huge dam at Jila. However, these efforts take time and do not provide relief to all areas.

County governments have initiated plans for irrigation systems to reduce reliance on rain-fed agriculture. However, building these systems also takes time and other factors prolong the agricultural problems. In Tana river, an infestation of armyworms in the fall reduced yields within their irrigation system.

Over 10,000 Christian living in Tana River, Wajir, and Garissa, not only live under constant threat from deadly attacks by Somali militants, but also face possible starvation. In Lamu, Al-Shabaab attacks have displaced people from their farms, creating further food shortages. With 2,500 people living in camps, unattended farms are destroyed by wild animals. Thus, political unrest and starvation often go hand-in-hand.

In other areas of the world, Christians face starvation and persecution.
Vietnamese congregations have been disbanded and their buildings destroyed with hundreds of pastors sent to “re-education” camps. Christians died of starvation and disease when fields were confiscated and harvests stolen.

In June of 2017, starving residents told of terror in the southern city of Marawi, where 180,000 residents fled from the fighting between the Philippine army and Islamist militants. Many of those who escaped urgently needed food and water.

So, what should be the response when faced with statistical information and personal accounts of suffering from lack of food? For Christians, Matthew 25:35 says, “I was hungry and you gave me food … What you did to the least of these my brethren, you did unto me” (v. 40). In Luke 3:11, the Bible says, “He (Jesus) answered them, ‘Whoever has two shirts should share with the person who doesn’t have any. Whoever has food should share it too.’”

Although Christians often feel overwhelmed by the extent of the tragedy, when they are made aware of the severity of the situation, they are more than willing to help. Christian organizations provide relief for those suffering and need your donations. Additionally, remember to pray for those suffering in East Africa, especially for our Christian brothers and sisters suffering persecution. Statistically, there is enough food for everyone in the world; it just needs to reach those without the ability, for whatever reason, to feed themselves and their families. With prayer and work, hunger can be defeated.