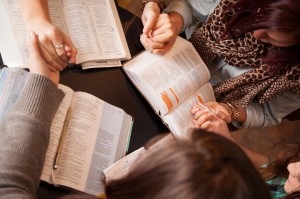 Christians – Pray for the Persecuted daily. Freedom to love our neighbors as ourselves

Every Christian is a member or a part of the Body of Christ. We are HIS Church. Christ’s body is not one denomination – it’s all denominations. So, if one member suffers, all the members suffer with it. (1 Cor. 12:26). We should feel it. We should have empathy and compassion for the part of the body that is suffering. But, do we?

We all know that Jesus is no longer on this earth. We are his body. We are his feet, his hands, his heart, and his compassion. Christ’s body is still suffering through his body of the Persecuted Church. Remember when Paul was on the road to Damascus and Jesus asked him, “Saul, Saul, why do you persecute me? (Acts 22:7) These are the Lords words. In persecuting the followers of Jesus (HIS body) he was persecuting Jesus. Is that any different today? Has the body of Christ changed or have we changed?

St. Paul, admonished us to help those that are suffering for the sake of Christ with actions not just words. Paul, the former enemy of the Church became the most prominent persecuted member of the Church. St. Paul, knows of what he spoke. St. John told us, “Little children, let us not love in word or talk but indeed and in truth” (1JN.3:18) and, “By this all people will know that you are my disciples, if you have love for one another. (JN.13:35) In John Piper’s Desiring God he wrote a very good description of putting Love into action. He said, “Love is the overflow of joy in God that gladly meets the needs of others”

It’s up to each of us to stand up for those members of the body of Christ who cannot speak up and help themselves and to help them in their hour of need. (Pr. 31:8-9) Please show your love and solidarity for the Persecuted Church by joining us at the Joshua 1:9 Freedom Run on Saturday November 14, either in person or virtually, we are all one body no matter where we are. https://www.joshuacord.org/5K/. If you can’t attend please pray for the Persecuted Church and if you are able, please donate. https://www.joshuacord.org/donate/

When I read this article there were two scriptures that come to mind. Jesus said, “No one has greater love than this, that a man lives down his life for his friend.” JN 15:13 Jesus listened to this reply, and was astonished, and said to the people following Him, “I solemnly tell you that in no Israelite have I found faith as great as this. MTT 8:10

Jesus was talking about joy, friendship, love, and how his followers would bear fruit which would be demonstrated by their love for one another. Jesus commanded us to love one another. Love is an act of the will. Jesus said, the greatest act of love is to lay down one’s life for a friend. Just like Jesus if this story is true, the Muslim man Jamal Rahman, had a choice. Jamal Rahman chose to stand and die with his Christian friends. Jesus said, “No one has greater love than this, that a man lives down his life for his friend.” JN 15:13

On the second scripture, it was a Roman Centurion who had a servant boy who was bed written and paralyzed. The Centurion was a soldier who had authority over his troops. He knew that when he gave an order it was carried out. He did not have to be in the same area to verify it. He knew what power his command had. The Centurion also had faith is Jesus power to heal by commanding it to happen and it would happened. Jesus told the Centurion “I will come and heal him.” But the Centurion did not feel worthy enough for Jesus to come under his roof but said “speak the word only and my servant shall be healed.” Jesus listened to this reply, and was astonished, and said to the people following Him, “I solemnly tell you that in no Israelite (or all of Israel) have I found faith as great as this. MTT 8:10.

Jamal, laid down his life based on loyalty and love for his friend. The Centurion had faith and did not need to see it happen to believe. The scriptures tell us that the boy has healed within the same time Jesus had spoken the words. Both stories speak to a man’s character not just in words but based on their beliefs and actions.

I just caught the news again of the harsh persecution realities of what our brothers and sisters are going through in the Middle East and in Africa and it made me rethink some scriptures about hope, faith and love. I wanted to share my thoughts. “Now faith is the substance (confidence or assurance) of things hoped for, the evidence of things not seen.” Hebrews 11:1

So, we must walk by faith, having hope, confidence, and love for God, knowing that He is accomplishing His will, for our good, in all our lives because he loves us. Even in the midst of persecution. This is costly and easy to say but it takes real faith to endure. Which is the faith Jesus expects us all to have.